Barcelona, a favorite city of many, many travelers was not one of mine. However, please hear me out before you begin to disagree with me!

First off, I have only been there once, so when I visit again, which I will, I will go with a completely open mind. My dislike for Barcelona is based off one visit over a 3 day period on a trip I took to Spain in high school, which could very well have led to me not liking it since I wasn’t able to experience la marcha (nightlife) Barcelona has to offer. Plus, it’s not as if I’ve lived there or even stayed there for an extended period of time. I must also point out that there are other travel bloggers who also dislike Barcelona including Cat of Sunshine and Siestas.

The weather when I visited was perfect: sunshine, warm, but not hot temperatures, and a cool breeze. Weather does not change my perception of a city because sometimes you just happen to be visiting on a dreary weekend. After all, I visited Lisbon, Portugal during a tropical storm.

Now before I begin with my dislikes, I must say that I adored the art and architecture throughout the city. Antonio Gaudi’s work was flawlessly intermingled with plenty of other works. That was about the only thing I truly loved about Barcelona.

Barcelona was too busy for me, and I like big cities. I felt as though there were simply too many people – tourists and citizens alike. There were also a lot of sketchy folks around Las Ramblas, which I understand is a tourist destination, but I was an attempted robbing victim twice while walking. It didn’t help that overall the city was not well lit at night, in my opinion.

The Barcelona metro was dingy and full of the aforementioned sketchy people. However, I realize that many public transportation systems – subway or bus – can seem to be filled with people who are up to no good, especially to an American high school student who has not had vast experience on public transportation before. A friend I was with had someone attempt to rob him on the metro too. 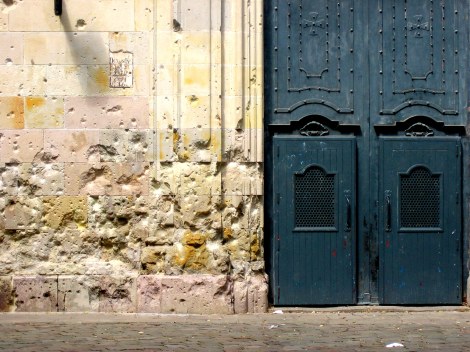 I was disappointed that I was spoken to in English. In all the other Spanish cities I had been in I was usually spoken to in Spanish first. In Barcelona, I found people speaking to me in English. It’s an international city and more people speak English than in, say Burgos. However, I wanted more of the Spanish experience than I got in Barcelona. Now, being in Catalonia, I obviously realize that Catalan is the spoken language, and many Catalans do NOT want to be “Spanish.” However, I would have even appreciated being spoken to in Catalan first and then Spanish or English once it was realized I didn’t understand Catalan.

Since I will be moving to Spain to teach English for a year in September, I will most likely be revisiting Barcelona with an open-mind, and all of these dislikes could very well be washed away as I rediscover a city I didn’t care much for the first time around. I am a person who definitely believes in second chances, and I am hoping that Barcelona will prove my initial perception of it wrong because I truly want to love the city that so many do. Plus, I want to experience Barcelona’s nightlife this time around!

Have you been to Barcelona? What did you think of it? Is there anything you’d recommend for me to do when I return?