I know my site has been relatively quiet as of late. Although I could easily make excuses of being busy gathering all my Spanish visa documents and making all sorts of appointments before I leave for Spain, I do realize that everyone is busy, not just me. However, it truly hasn’t been my busy schedule that has kept me from writing. If you remember, I wrote a few months back about all the things I was doing before leaving for Spain, and the last of those things was trying to figure out what was going to happen with a relationship with a girlfriend of  3 and a half years.

Now, I’m not one to write about relationship problems because, frankly, people don’t want to read about it. Also since everyone’s relationships are completely different there’s no single perfect way to handle every situation. However, in my decision to teach abroad my 3 and a half year relationship was an incredibly tough part of my decision, and I am sure that there are others out there who have asked themselves can I teach abroad if I have a boyfriend or girlfriend?

I consulted a number of friends who are teaching abroad or have taught abroad in numerous countries (primarily Spain and South Korea) for different lengths of time about whether teaching abroad can be done if you’re in a relationship with someone back in the United States. The response I always got was that it was possible, but that few people do it. If it is attempted, both people have to be fully committed to making it work. 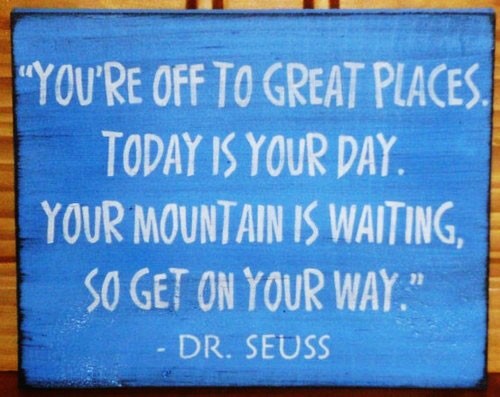 In my situation, I wanted to teach abroad and she did not. She was not willing to support me going alone though. I did not want to stay back and resent her for not going or always wonder what if for the rest of my life. For her, making the jump from a steady, safe, stable job to a 9 month teaching contract with significant pay decreases was too much uncertainty, whereas I am gladly giving up my high salaried job for an uncertain future and the chance to experience the world.

People are different. We all have different dreams, hopes, and desires, so I cannot be upset at her for wanting something that I don’t. Right now, I have no desire to settle down at a job, buy a house, and have kids. Doing all that would mean me most likely giving up the opportunity to teach abroad. She wants all that now, and that’s where we differed for the most part.

The most disappointing thing to me was that I was willing to support all of her dreams, but she was not willing to support mine. I firmly believe that supporting each other, even if you are physically apart for some time, is the only way a relationship can be truly successful.

About a month and a half ago, I ended our relationship in confidence and was ready to go to Spain. After a few days, I began to have second thoughts, and we both agreed to work on the relationship. However, I began to notice that by us “working on our relationship” she was really just hoping that my desire to teach and live abroad was just a silly phase that I would move on from. That wasn’t going to happen though because it’s not just a phase.

Therefore, I’ve been absent from this blog because I was riding a roller coaster of emotions and trying to figure out if I was willing to give up this once in a lifetime opportunity of teaching in Almuñécar, Spain in order to work on the relationship. With just about two and a half months left until I depart for Spain, I will be updating this blog more often, and I’m sure it will only get more interesting once I actually arrive in Andalusia.

Thank you for everyone who read this and did not immediately unfollow me or unsubscribe from my blog. It’s been difficult for me to write this and to come back to blogging after everything that happened, but travel is what my heart is telling me to do. I also promise not to have relationship issue posts anytime in the near future.

8 responses to “An Apology for My Recent Absence”