A soulful, caring land where the “One Love” idea and song began truly exemplifies and exudes the idea that we are one and need to come together as one. Jamaica, being a primarily tourism driven country with its extraordinarily pristine beaches and landscapes, is full of friendly welcoming people knowing that in order to survive and get by the need to be friendly, approachable, and outgoing, so they can get the money you’re willing shed out on your winter getaway. It’s an overall poor country that has pockets of supreme wealth and allows the wealthy to come visit, even if they mostly remain within the confines of their resorts. However, venture outside of the high fences or walls of that resort and Jamaicans who have next to nothing and are just as compassionate.

Generally, it’s not advised to wander off alone from your hotel in Jamaica, so it should be said that the time I spent there I was with an alternative spring break trip through my university. The trip was to give college students and alternative to the wild parties of PCB and do something positive with their spring break instead of beer bongs, hookups, and hangovers. Needless to say, the off-the-resort volunteering I did was rather organized and wasn’t me aimlessly wandering off by myself to explore the “real” Jamaica.

After volunteering at a local school in the isolated, not at all touristy Treasure Beach and at a soup kitchen in Negril just a few miles from where scores of vacationers were sipping piña coladas, daiquiris, and cool Red Stripes while soaking up rays, I can say that Jamaica’s personality can be found throughout the island and is ingrained in its peoples’s hearts. From those without shoes or meals to the ones who seemingly had it all, I was welcomed, appreciated, and cared about.

While painting and putting up a brand new fence at Epping Forest Elementary School, the students were constantly wanting to help us even though their headmaster told us not to let them. We were using oil-based paint, which doesn’t come out easily if gotten on clothing. The students had uniforms of which their parents had to pay for, and if they got paint on them, it was widely known that many of the parents would beat their children. The children knew this but still wanted to help. They wanted to work with us in making their school, their community, a better place. Luckily, the students remained paint-free, so don’t worry. 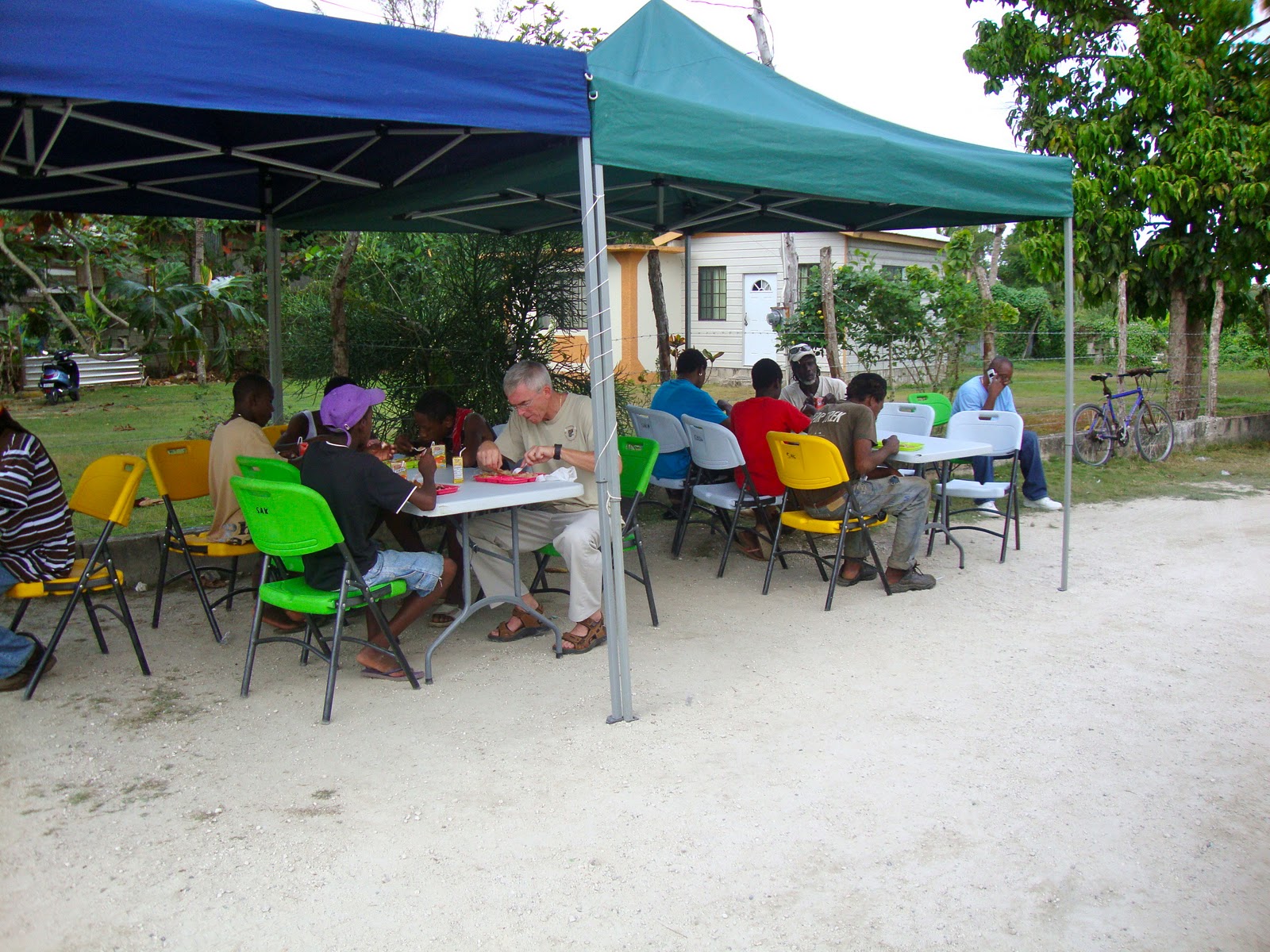 Located just a mile or two off the luxurious resorts hugging the beach in Negril was St. Anthony’s soup kitchen where many Negril citizens came for what may very well be their only meal of the day. We served the food and interacted with the people: eating with them, talking with them, and just being friends with them, even if only for that day, which is something everyone wants.

The people frequenting the soup kitchen were the poorest of poor. Some shared stories of how they were born poor and have remained not matter how hard they’ve tried to escape the reality. Others were born and raised in wealthier families and spoke of how they fell into drug use, which destroyed their lives. The man running the soup kitchen told me about the heroin fields in Negril not far from where we were that he has been to late at night where many of those there gather on a daily basis and use, even though they speak of trying to better themselves by kicking the habit.

A few visitors were very outgoing and talkative and wanted to know all about every one of us volunteers; whereas, some wanted to come in, eat, and leave without hardly talking or making eye contact. There was a vast smattering of personalities, life stories, and hopes and desires for the future. It was a mixture of people from all over who had gathered in a common place, not unlike a university campus or hostel. The people were friendly, caring, and compassionate. A few even stuck around to help clean up after everyone was done eating their meals, and I was even offered food from one elderly man’s plate because he said I was young and needed it to grow.

The few at the soup kitchen helping to clean up, even with about a dozen volunteers already doing it.

The man offering me his food, even though it was probably his only meal of the day.

The students wanting to help paint their school despite knowing the potential consequences.

This is Jamaica. These are the people who exemplify the kind, compassionate culture of this country. I felt this comfort throughout my time there as I was welcomed into these people’s lives and accepted as one of their own. I could feel and understand Bob Marley’s song:

Let’s get together and feel alright.

While yes, it may be cheesy to relate Bob Marley to Jamaica, it’s the way I felt while I was there and I’ve carried that with me ever since. Many believe people are inherently bad, but I refuse to believe that. I believe we are all inherently good and that goodness can be brought again even if it’s been hidden away for so long.

If you visit Jamaica, interact with the locals. It could be the server or bartender at your all inclusive resort, the man playing guitar on the beach, or the person trying to peddle their wares through whatever city you are in. They all have a story, a history, and a future – just like you. Don’t be afraid to venture outside of your resort, in a safe, sensible way of course, and see the country for what it really is. After this trip, I would definitely return to Jamaica, but would not remain within the confines of a resort away from the culture of this loving country.

Have you ever been to Jamaica? What were your thoughts about the country and its people? Would you go back again?

7 responses to “An Off the Resort Jamaican Experience”