Naturally, the number one thing I’m doing to prepare myself for teaching English in Spanish is improving my level of Spanish before jetting off to the Iberian peninsula. I would venture to guess that most prospective auxiliares de conversación with low to moderate Spanish skills have questioned whether their language skills were up to snuff with what’s needed to teach in Spain. It’s definitely valid concern that I know I have thought about given my own Spanish abilities.

I would say that I’m at an intermediate level right now, but the goal is to improve upon that before I arrive. In 2010, I studied abroad for a semester in Granada, Spain, which dramatically improved my español. However, since returning to the U.S. I have rarely used my Spanish. As with anyone who was not fluent in a language and moved away from a place where it was the native language, my vocabulary began to disappear, verb tenses faded away, and the speed at which I could speak slowed. A goal of mine is to get back to the level I was at in Granada before I return to Spain to teach English. So, what resources are there to help me learn Spanish before going (back) to Spain? 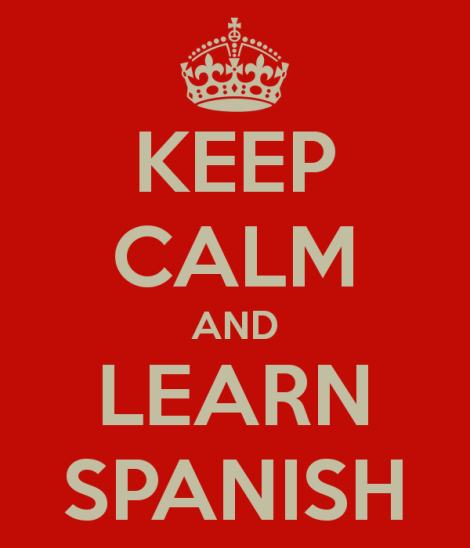 Notes in Spanish – This is a free podcast created by couple María Díaz and Ben Curtis. María is a Madrileña, and Ben is from England. They do an excellent job teaching you the basics as well as new phrases. There are 3 levels – beginner, intermediate, and advanced – each adds more and quicker Spanish on top of the next.

Ben and María from Notes in Spanish (Source)

Duolingo – It is a free mobile app that allows you to learn Spanish, amongst other languages – French, German, Italian, English, and Portuguese. You build experience points as you work through different exercises of translation, listening, speaking, and fill-in-the-blank. You can skip levels and try to test out of them if you already know them. To me, it’s a fun app that I can use to boost my Spanish skills during my down time. It was also Apple’s choice for App of the Year in 2013.

Community classes – Although not necessarily free, community Spanish classes through your local Parks and Recreation Department can be a less expensive and time consuming alternative to taking a college course. Depending on the instructor and levels of Spanish offered, some courses may be more beneficial than others, but this gives you a great option to learn Spanish and be able to speak it with other learners as well.

Watching movies – When I studied abroad, my host mom had a whole slew of movies in Spanish that I would watch, and watching them with, then without subtitles, really helped my Spanish. The streaming version of Netflix doesn’t really have Spanish movies other than Casa de mi Padre, starring Will Ferrell. However, your local library should have some  Spanish movies you can rent for free. Otherwise, there are Spanish movies probably available online somewhere.

YouTube videos – Personally, I am not a huge user of YouTube videos, at least not now. Many of these are geared towards absolute beginners, while others are more advanced. Since I am not actively using YouTube videos to learn Spanish, I’ll leave you with a list from another website, FluentU. 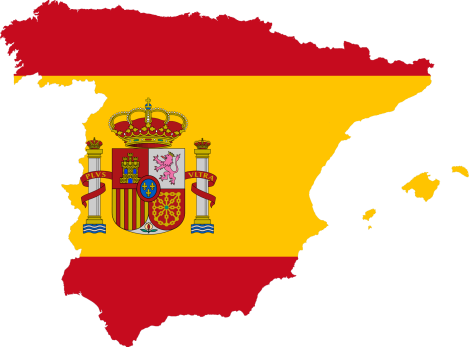 Blogs – There are a plethora of blogs out there that have tips for learning languages or Spanish in particular. Benny Lewis at Fluent in 3 Months has an entire blog dedicated to language learning and a book about how to be Fluent in 3 Months. Trevor Huxham of A Texan in Spain has multiple Spanish learning posts about 5 Ways to Speak Like a Spaniard and 10 Tips for Rolling the Spanish R. Will Peach of My Spanish Adventure has videos following his Spanish learning progress of his (first) 26 weeks teaching English in Spain.

Ultimately, there are an unlimited amount of resources out there that will help you learn and brush up on your Spanish. Obviously, nothing can replace being immersed in the culture of a Spanish speaking country, but these other ways can help you improve your Spanish level before getting to that point.

Are there other ways in which you recommend learning Spanish? Please leave them below in the comments!

26 responses to “Learning Spanish Before Going to Spain”